Is this email not displaying correctly? View it in your browser.

2016/17 marks 105 years from when Plast was established. To mark the occasion Plastuny around Australia are invited to attend the summer tabir at Sokil.

KPS has nominated pl.sen. Orest Popowicz as komendant. The organising committee is working to fill the other bulava positions and create an interesting program. If you are interested in helping organise or hold a position during tabir please contact news@plast.org.au

The following details have been confirmed:

Detailed information including costings and application forms will be distributed at the start of September.

Plast Australia is grateful to receive grants from DNISTER Ukrainian Credit Co-operative Ltd and The Karpaty Foundation to help run the tabir. 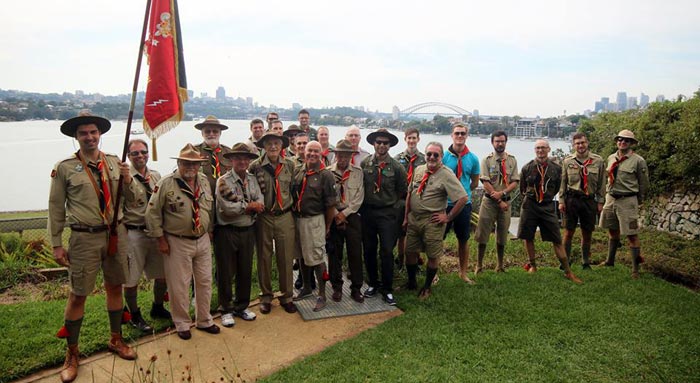 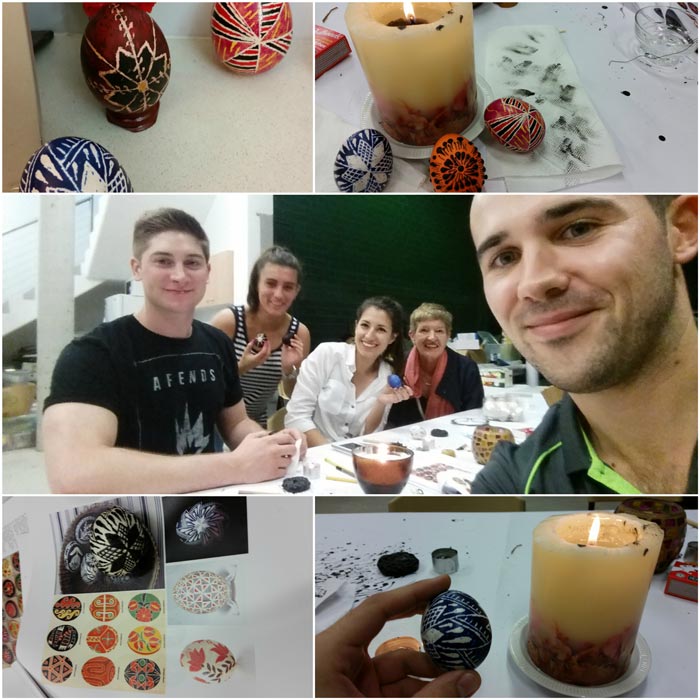 During skhodyny on 2nd April, a small keen group of plastuny of all ages, engaged in pysanky making. A variety of colours and designs resulted in a beautiful array of pysanky. Another pysanky making session was held one evening and more masterpieces were created. 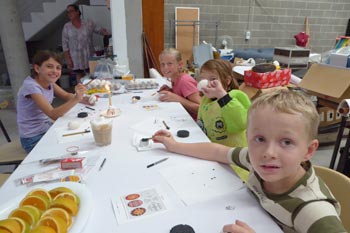 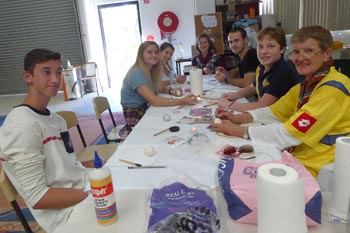 Тhis year’s yunatstvo Easter hike was held in the Brisbane Ranges. As always, a terrific group of yunatstvo and bulava made for a fantastic experience! 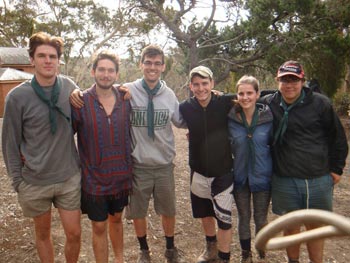 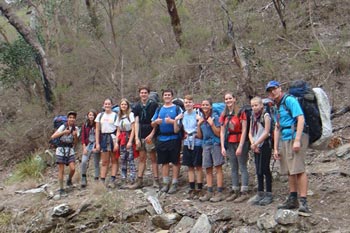 Plastuny in Melbourne and Geelong held stijka during Easter services and also made pysanky. 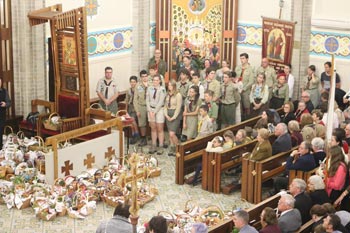 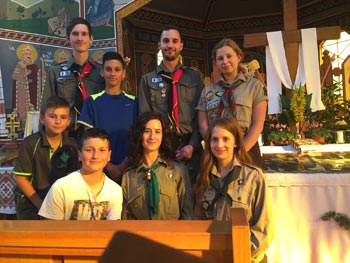 Sviato Yuria was held on Sunday 22nd May at Westerfolds Park. Thankyou to kurin Lisovi Chorty for organising the BBQ lunch.

The next Sokil working bee is scheduled for 2nd July & 3rd July… (we realise that it’s Election Day…) That weekend is the ONLY weekend left available for us to have access to Sokil for quite some time!! We have a massive amount of work that’s needed to be done. Two or three people can’t complete the assigned tasks. Please consider in helping us out!!

Plast Victoria will provide lunch and BBQ dinner Saturday & Sunday. There are plenty of bed bunks available to accommodate the nights. I am asking each and one of you to support Пласт Прият! 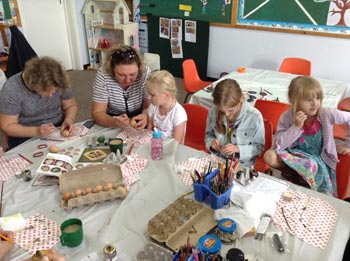 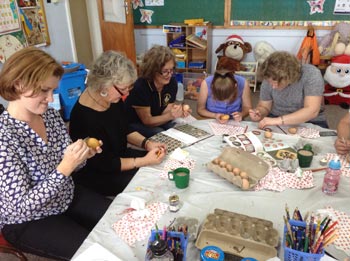 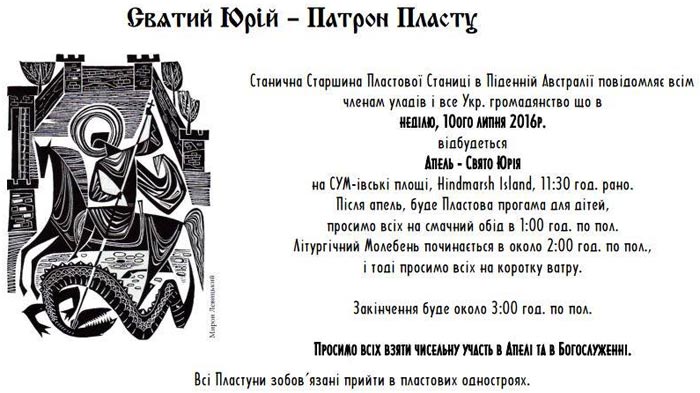 The Ukrainian Community of Qld Inc. invited pl.sen. Katrusia Miljenovic to facilitate a Pysanka workshop at the (new) Ukrainian Community Centre on Saturday 9th April. Co-facilitator, former plastunka, Mrs Genia Bobeshko is well renowned for her very decorative and creative pysanky, not just using chicken eggs, but also duck, goose and most amazingly, emu eggs. Both ladies between them displayed over one hundred eggs of varying styles and regional designs for the participants of the workshop.

A crowd of almost 30 listened to a short tutorial about the Pysanka before their journey to decorating their, for some of them, first, pysanka. Quite interestingly, many of the participants were not of Ukrainian descent, but came to learn a new craft. Assisting the facilitators were sp’s Tomas and Adam Miljenovic and Irena Solar, a former plastunka from Ukraina. The workshop ended well with many requesting a repeat next year.

A second workshop was facilitated at the Ukrainian Catholic Church by pl.sen. Katrusia Miljenovic and sp.Tomas Miljenovic on Saturday 24th April. Fr. Stefan Sapun, parish priest, suggested this workshop for the youth of the church and the young at heart. While of a smaller size, this workshop was just as well received. 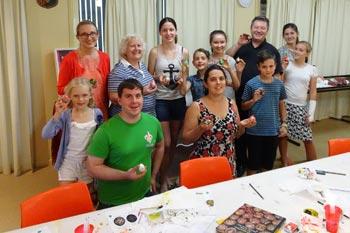 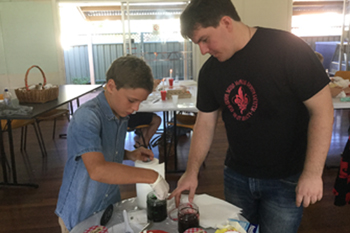 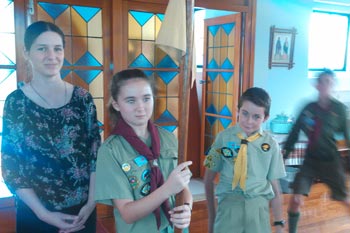 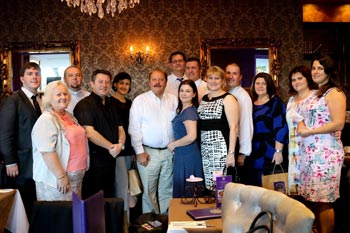 On Friday, 6th May, pl. sen. Katrusia Miljenovic attended the Dnister Connecting Communities forum as a Plast representative. Pl. sen. Katrusia was invited to deliver a welcoming address to the CEO of Dnister, Mr Liam Tiernan, and his team. 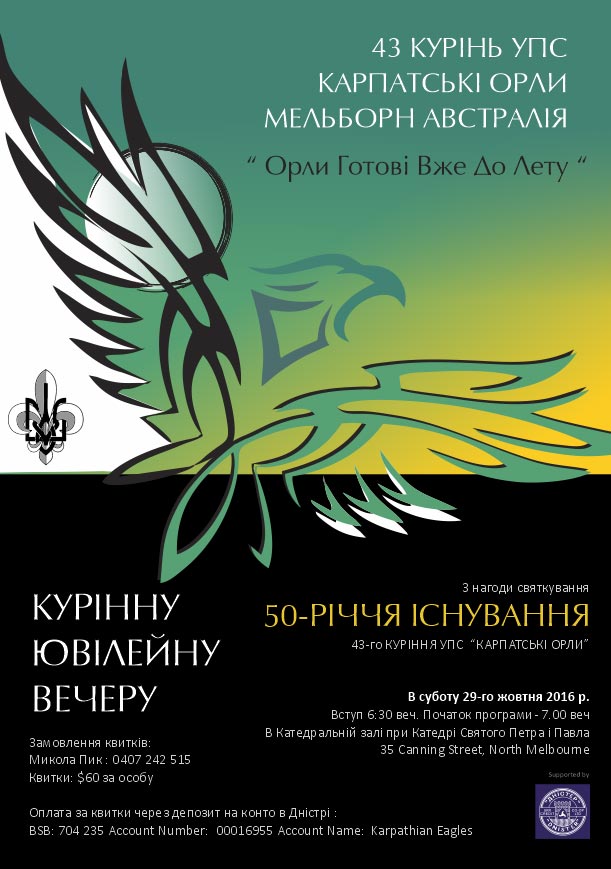